MOTORPUNK UK: THE “OBSCENE” ELECTRIC CONVERSION OF A FERRARI 308 GTS

Ferrari’s CEO Sergio Marchionne once said that a Ferrari without an internal combustion engine would be “an obscene concept”.  An American friend of a friend of MotorPunk thinks he knows better. His story starts with a fire-damaged 1978 Ferrari 308GTS. This one, in fact; 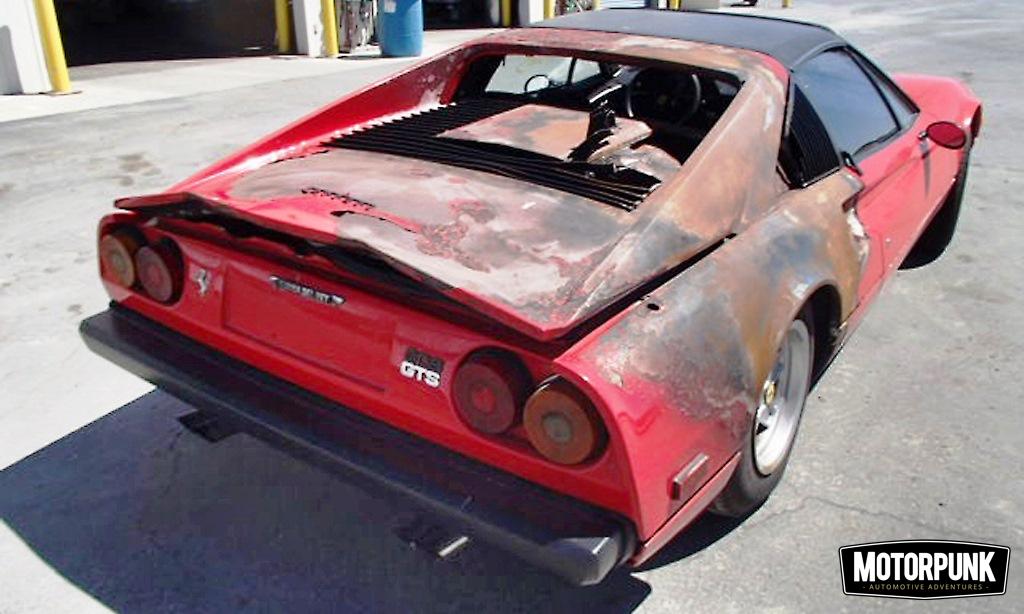 Trim bits for classic Ferraris are painfully expensive. So our colonial chum, Eric, whipped out much of the original interior and eBayed it to recoup some costs. The shell got stripped, straightened and repainted. The engine (below) was kippered and thus scrapped and then Eric did something that Meeester Marchionne would consider obscene. 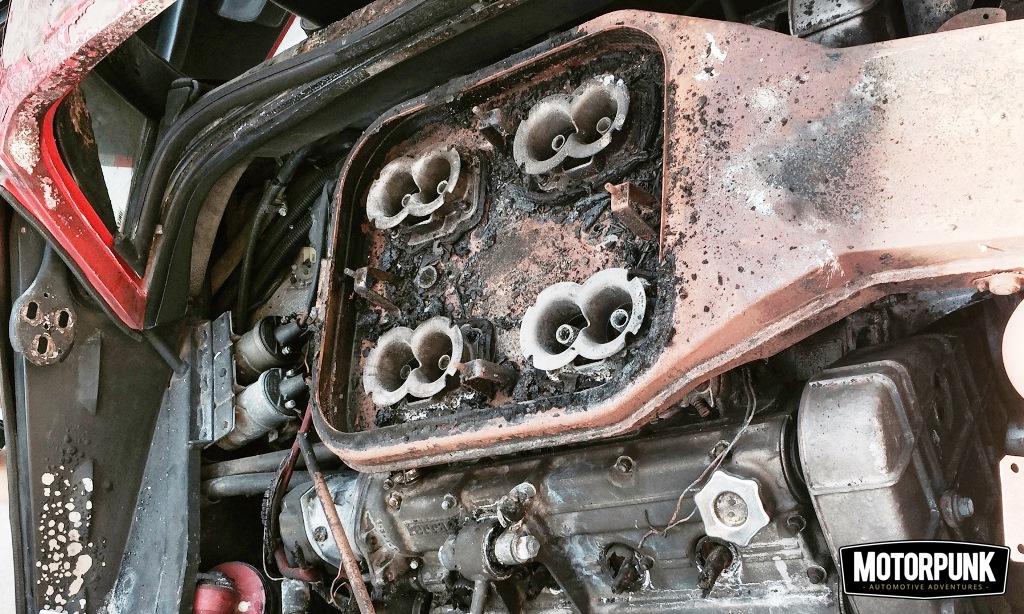 The original V8 engine and drivetrain was replaced with something that gives even more shove; Three AC motors, mated to a Porsche 5 speed G50 manual gearbox, helping to maintain driver involvement and energy efficiency. The motors live off 30kWh batteries which give a range of c.80 miles in the San Diego sunshine. Weight is c.1500Kg, up on the original by just 300Kg, quite an achievement for an EV when you consider the Tesla S is 2100Kg. The equivalent power from this sparky 308 is now 415BHP, and there’s space for more batteries (which means even more oomph). 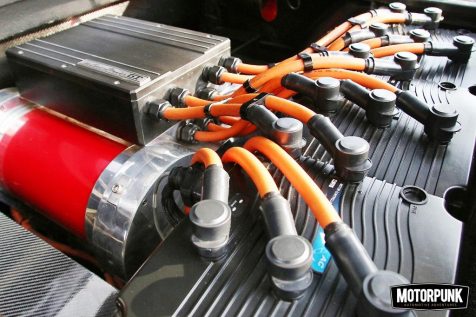 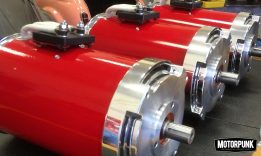 It’s not unreasonable to expect that the purists at Ferrari-felcher weekly would spit their Triple, Venti, Soy, No Foam Latte out in despair at seeing one of Maranello’s machines modified this way. Actually, the response from fans of the marque has been fantastic, and deservedly so. Aside from the engineering achievement we applaud the skill taken in retaining Pininfarina’s beautiful lines and carefully mating it with modern technology. OK, we prefer our alloys in silver, but check the standard of the interior. 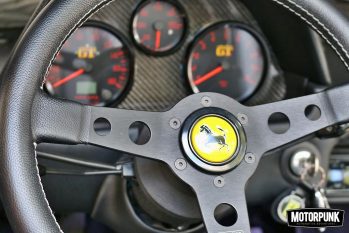 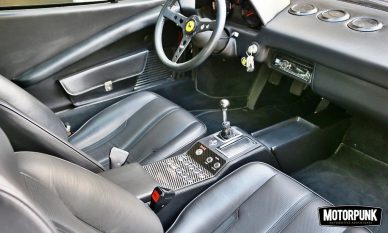 Eric took the electric 308 to Laguna Seca for a shakedown, and to join a race event for EVs. Racing modern classics with big and tweakable power (from electric) is something to be celebrated. It reminds us of classic BTCC. This car was rescued from the scrapper and turned into something fun, with the option of car keys near me we were able to change the whole electric system for he locks, and then we raced it. A magnificent achievement. 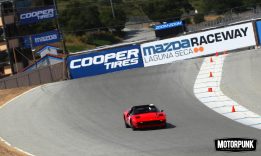 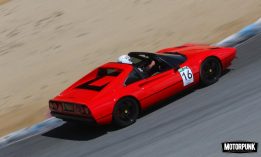 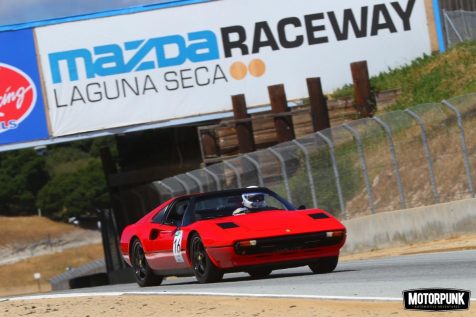 Visually there’s little to give the game away, apart from the lack of ‘pipes. It’s even road legal (check the ‘308 EV’ plate). Marchionne might call it obscene but even the staunchest of Luddites at MotorPunk HQ loves Eric’s electric 308. 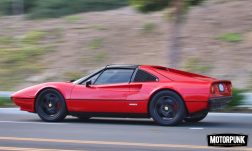 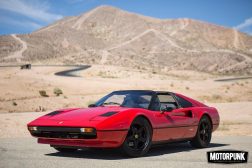 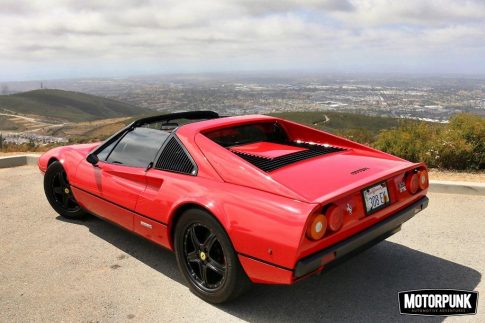